News / AR and VR will change the entertainment industry 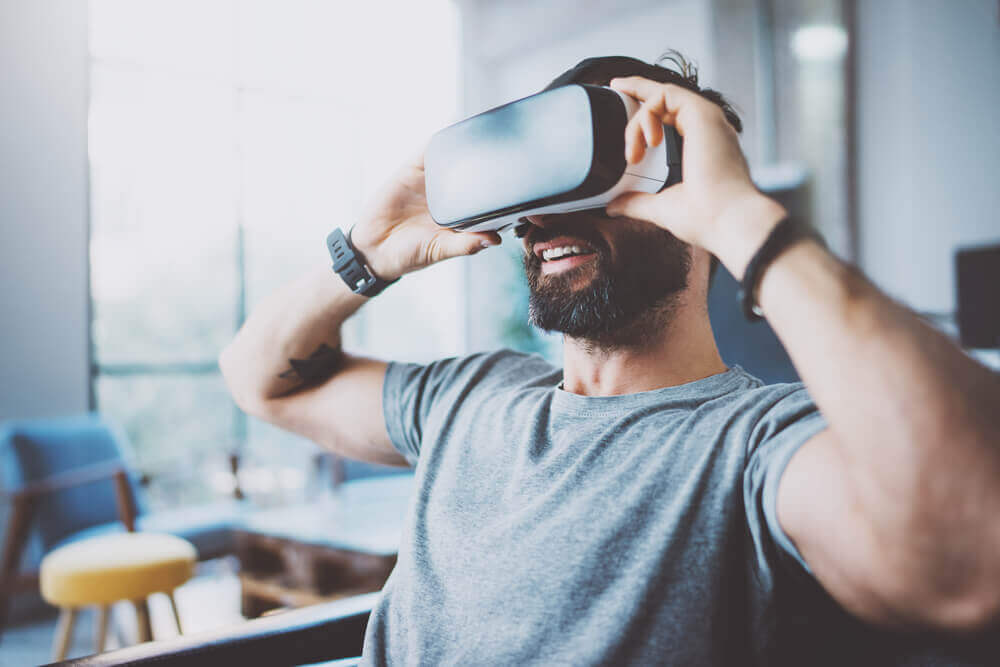 AR and VR will change the entertainment industry

Up with the hand those who rounded Netflix during the pandemic!

If you did not get through the entire content list, most people will probably recognize themselves in an increased consumption of entertainment, both on the small and the big screen. We Norwegians are constantly thirsty for new TV series we can binge on.

The fact that Aftenposten's case about series tips towards Easter was one of the most read, is a clear proof of this. Entertainment stuff goes godt , both as editorial and commercial content with us, says Grethe Irene Thun, Sales Director at Schibsted

Traditional TV on the way out

The willingness to let go of traditional TV viewing seems to be changing. From May last year, the proportion who say they will never cut out traditional TV has decreased by 14% , says Arneberg. This is primarily driven by the search for good content. We as viewers are becoming more and more picky about what we want to see and when we want to see it.

The change is led, not surprisingly, by the young people. At the same time, the survey shows that the age group up to 49 years reports that the most interesting content is now on the streaming services , Arneberg continues. 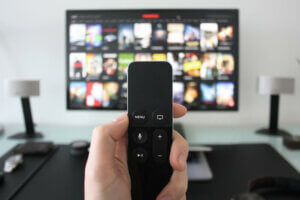 But we are far from faithful!

Although we love streaming content, we are far from loyal to the various players. We see a tendency for people to watch the series they want, and then cancel the subscription and move on to other streaming services , says Arneberg.

The trend may not be surprising. Recently, among other things, E24 reported horror figures for Netflix . For the first time in a decade, the giant is losing subscribers.

Technology race between the global giants

Entertainment is an important focus area for Schibsted. Christian Haneborg, responsible for advertising sales in Schibsted Norway, has just returned from a study trip to the USA. Here he got an insight into the latest trends from the American entertainment market. He can report a technology race between the global giants.

The largest tech companies, with Meta at the forefront, are buying up what they can get from both hardware and software within VR and AR, says Haneborg. They do not quite know what they are going to use it for yet, but it is crucial to secure the right technology and lead the development. This is because these components will probably become key premise providers for the entertainment industry in the decades to come. Here it will be exciting to see who eventually takes the lead in entertainment , he continues.

Of other trends, connected TV is highlighted. The technology communities in San Francisco, Miami and LA are unanimous in their view that advertising-financed advertising packages as we know them today are an outdated solution. They point out that it is expensive and inflexible, and that users largely pay for products they do not use. A model that according to Haneborg will also be challenged in the future.

Pluto TV has already been launched in the Nordic region, a value proposition that will be exciting to follow, especially because it will increase access to premium video inventory, he concludes.

The survey was conducted as part of Norstat on behalf of Schibsted in the period 26-25 March / sample 1,000

This website uses cookies to improve your experience while navigating through the website. Out of these, the cookies that are categorized as necessary are stored on your browser as they are essential for the working of basic functionalities of the website. We also use third-party cookies that help us analyze and understand how you use this website. These cookies will be stored in your browser only with your consent. You also have the option to opt-out of these cookies. But opting out of some of these cookies may affect your browsing experience.
Necessary Always Enabled
Necessary cookies are absolutely essential for the website to function properly. This category only includes cookies that ensure basic functionalities and security features of the website. These cookies do not store any personal information.
Non-necessary
Any cookies that may not be particularly necessary for the website to function and is used specifically to collect user personal data via analytics, ads, other embedded contents are termed as non-necessary cookies. It is mandatory to procure user consent prior to running these cookies on your website.
SAVE &AMP; ACCEPT